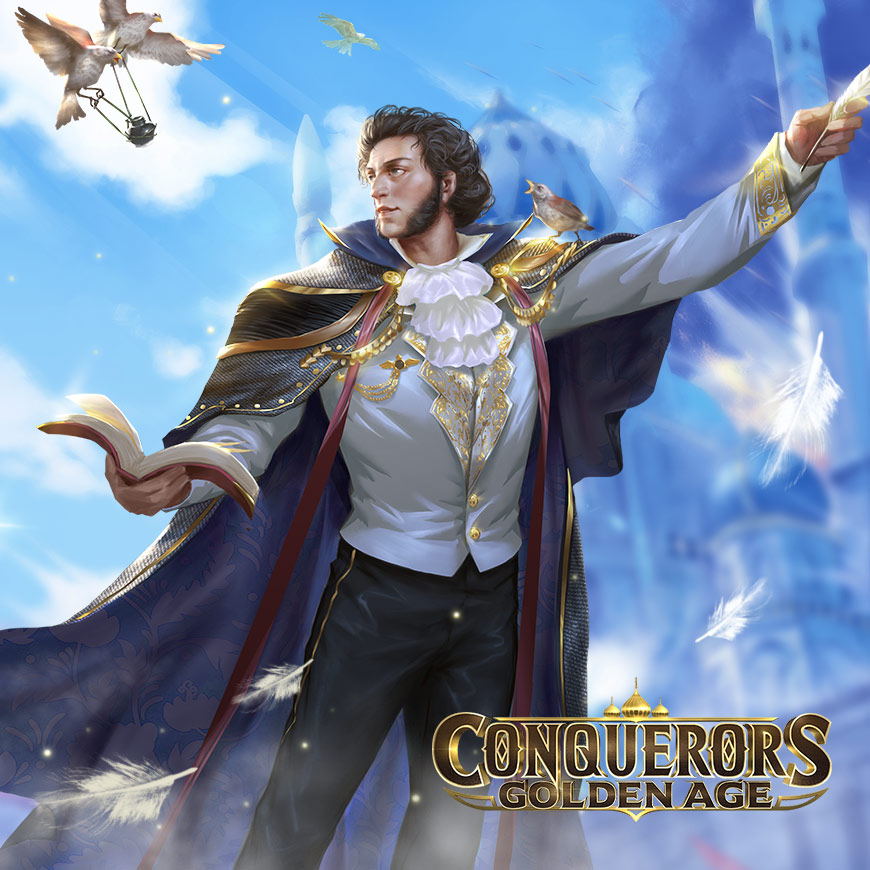 There are many types of heroes: warriors who fought countless enemies, patriots who sacrificed for their country...and even those who gave their life to romance. Alexander Pushkin was a talented writer who penned great poems and became the "Father of Russian Literature". With the same hands that produced his works, he fought to defend his love and was fearless in the face of death.

Although Pushkin was born to a noble family, he was extremely compassionate to members of the working class, and wrote many poems to criticize the extravagant and dissolute lives of the royalty. Unfortunately, Pushkin's values brought him trouble. He was exiled several times, and eventually forced to return to St. Petersburg. He lived under surveillance, but never gave up his ideals, and continued to speak up for justice...

He never expected to be struck on his Achilles' heel, love. Pushkin deeply loved his wife, but she was courted by a nobleman, and the latter even wrote an insulting letter to Pushkin. Enraged and quick to fight, Pushkin did not hesitate to challenge the man to a duel.

It was an unfair duel. Pushkin was monitored and his opponent was skilled with the gun. He sustained a stomach wound and passed away. As he took his final breath, Russia lost a great literary talent.

Pushkin may have left behind the land and the woman he loved. However, the strength, courage, and will that radiate from his work will forever be a guiding light to the working class.