[News] Conquerors is now one! 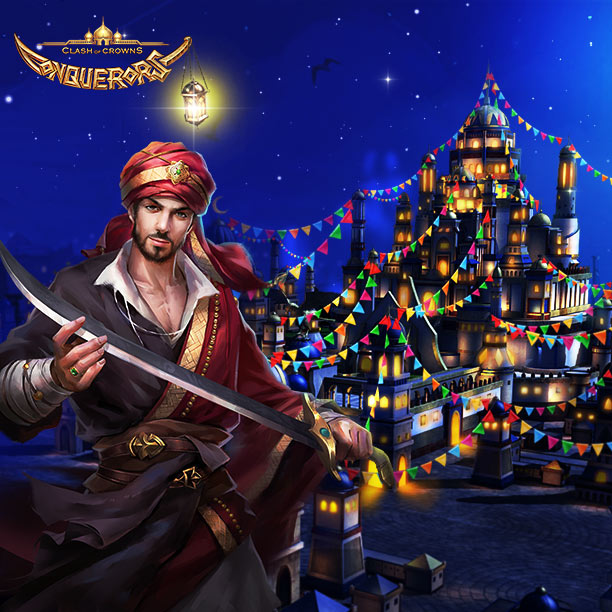 Conquerors is now one! Thank you to everyone who has accompanied us so far!
We will be releasing anniversary events along with the new version update. Come join us in the celebrations! Here are the events we have lined up:
1. Daily Log In Rewards
During this event, simply log in to Conquerors to redeem great rewards! The rewards are awesome so don't forget to redeem them!
2. Anniversary Cheer!
During this event, you'll have a chance to obtain Cheer Cakes each time you defeat Rebels, or gather or collect resources from resource nodes. Donate Cheer Cakes daily at [Special Events > Anniversary Cheer] to receive rewards.  A mystery jigsaw puzzle piece is unlocked each time the number of Cheer Cakes donated by the whole World hits a milestone. Share a complete jigsaw puzzle to earn additional rewards! Don't miss this!
3. New Anniversary Skin
A new anniversary-limited skin is available during the event! Buy it before it's gone!
4. Fountain of Fortune
During the event, the Fountain has a chance to give you a 20x resource reward! Will you get lucky?
5. Double Skirmish Pearls!
Earn double the Pearls from Skirmishes during this event! Time to rally up and set off on a Skirmish!
The anniversary celebrations will last a whole five days! Remember to keep a look out for the update announcement in game and from official sources!
Important Note: You must update your game to take part in the anniversary events.
#Conquerors #anniversary #event