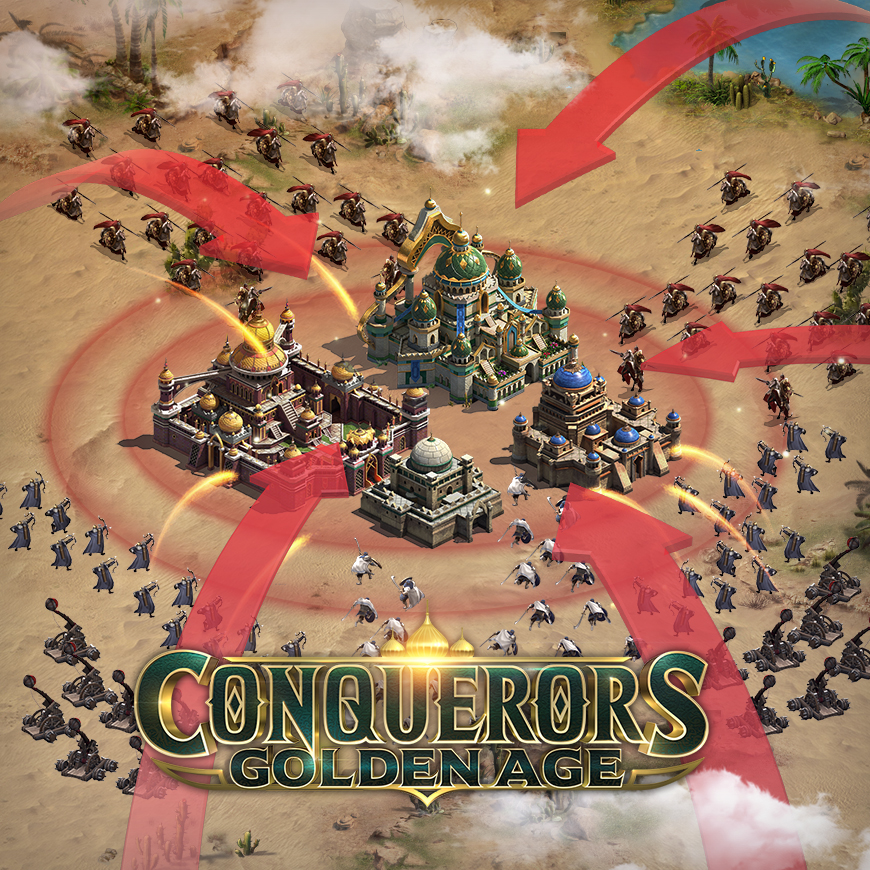 "Challenge the Undertakers!" started yesterday! So who are these Undertakers and where are they from? These Undertakers are the enemies you'll have to fight in [Events-Guild Defender], the latest event added to the event center in v2.1!

☆ Event Description:
Some Rebel forces have converged. Well-geared and well-organized, they call themselves the Undertakers. They plan to attack every guild and claim power over the whole of Conquerard! Ready your weapons and be prepared to defend your guild to the end!

☆ Event Rules
1. This event can be challenged once a week. While the event is still available to challenge, the Guild Leader can set a countdown to determine when the challenge begins.
2. When the challenge begins, the Undertakers will attack guild members every 5 minutes.
3. There will be a total of 40 waves of attacks, with each wave of Undertakers stronger than the last. Every 5 waves, the more challenging Undertaker Chief will attack as well.
4. If a player's City loses to the Undertakers twice, the player will lose the right to continue the challenge and the Undertakers will stop attacking this player.
5. If a player has a Shield activated when the Undertakers attack, they will be safe from the attacks but also considered to have failed the challenge.
6. There are three categories of rewards for this event: Waves Defended, Kingdom Guild Rank, and World Solo Rank. Ranks are based on points earned from Undertaker kills during the event. Rewards will be sent via mail after event results are tallied.
7. You can only participate in this event with one guild during each round of the event. Rewards will be based on your results with the guild you participated with.
8. Help fellow guild members defend attacks to earn more points for your guild and yourself! Can you take the challenge?