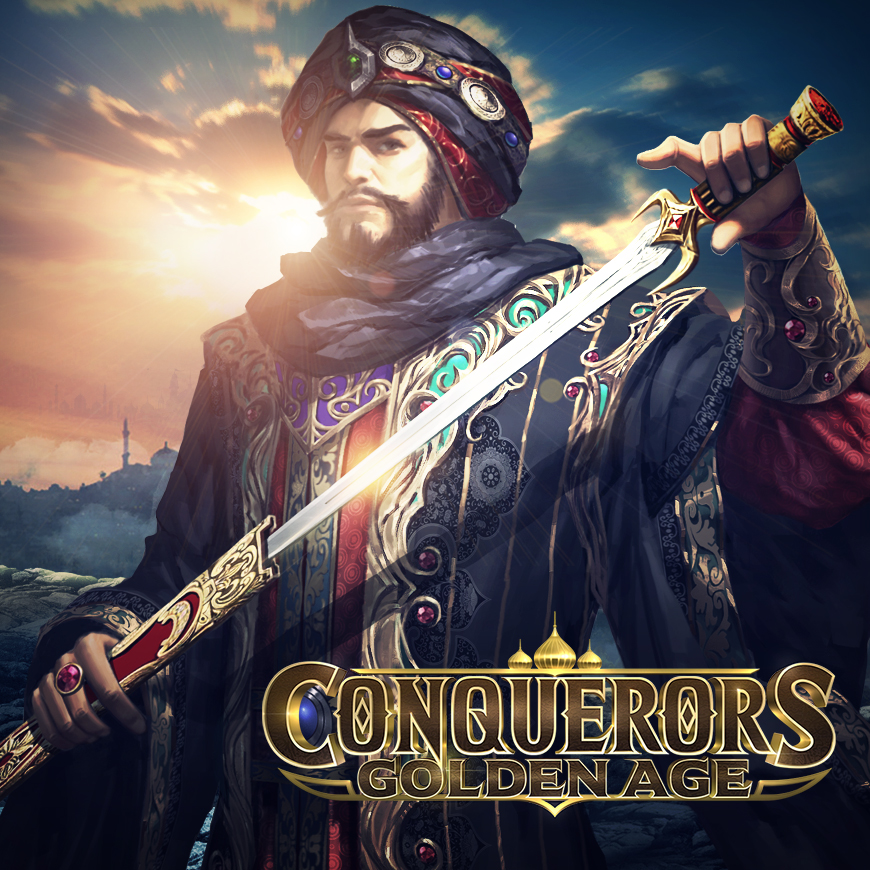 Manar is planning to share some Hero tales with us every few days! Today, she'll tell us about Suleiman.

Suleiman is one of Manar's favorite historical heroes. He had great visions, and spread the Ottoman Empire's rule to many areas. Most importantly, he set several laws and regulations, creating a well-regulated and prosperous empire.

It is no secret that Manar loves music, poems, and art, and that is another reason why she likes Suleiman. He was a good poet and was very supportive of artists and musicians. Under his leadership, the Ottoman Empire embarked on a Golden Age.

Someone as powerful and charming as Suleiman definitely captured the hearts of many ladies as well! But when he met Hurrem, he devoted all of his passion towards her. He even discussed politics, poetry, and the arts with her!

In Conquerard, the loving couple of Suleiman and Hurrem are also popular heroes. Their love can defeat thousands on the battlefield!